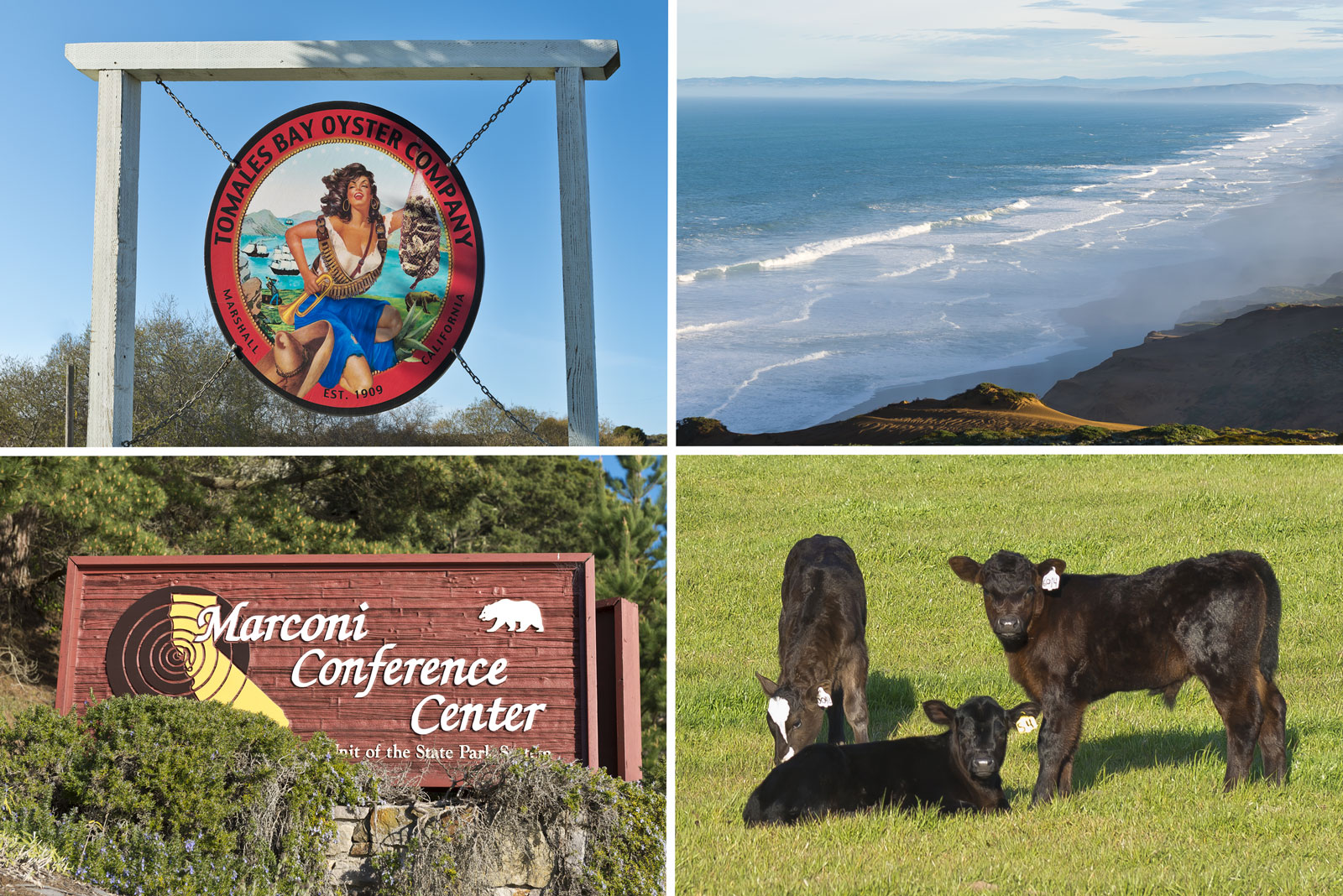 West Marin is the wide open, picturesque, rural area comprised of the coastal communities of Stinson Beach and Bolinas, the dairy and local organic farms of Nicasio, Tomales, Marhshall, and Point Reyes Station, and the redwood groves of Woodacre, Lagunitas, and San Geronimo. A trip up Highway 1 takes you through the charming seaside towns that make up West Marin, including the Point Reyes National Seashore. Taste and purchase artisanal products from the local ranches, farms, and dairies, or channel your inner peace and visit the Green Gulch Farm Zen Center in Muir Beach or Spirit Rock Meditation Center in Woodacre.

Point Reyes Station, part of the Point Reyes National Seashore, has become a travel destination for the locavore movement, as the town is home to Cowgirl Creamery, which makes award winning cheeses using organic milk from neighboring Straus Family Creamery. Visit the creamery and see how the cheeses are made, purchase organic fruits and honey from nearby farms, and sample cheeses made right in the same factory (try the Mt. Tam Triple Cream cheese—you won’t be sorry!).

Outdoor recreation is huge in West Marin, and the options to try are endless. Take a surfing lesson at Bolinas and Stinson Beach or mountain bike on Mount Tamalpais, or take a jog in the annual Dipsea race to Stinson Beach. Thanks to the efforts of the Marin Agricultural Land Trust (MALT), an organization dedicated to preserving farmland through voluntary conservation easements, a love for the land and the protection of it unites the West Marin communities.

The town of Nicasio was founded in the early 19th century to support local agricultural, timber, and fishing activities. The town once boasted the twenty-two-room Hotel Nicasio, which opened in 1867 but burned down in December 1940. Just north of town on Nicasio Valley Road is a beautiful red-painted one-room schoolhouse that opened in 1871. Within Nicasio are about 250 homes located on approximately 350 parcels. Much of the land is still used for agricultural purposes including beef and dairy cattle grazing, small-scale truck farming (including organic farming), and the raising of forage. The most significant non-agricultural business within Nicasio is George Lucas' Skywalker Ranch. Nicasio’s town center has a post office, a general store, a tiny real estate office, St. Mary's Church (established in 1867), Nicasio Volunteer Fire Department, a baseball field located in the town square, Rancho Nicasio, which is a bar/restaurant/live music establishment, a Druid's Hall, as well as a number of private homes.

No properties were found